The excitement of Disney’s Wizarding Arena jumps off your mobile device and onto your table with the new board game from The Op, Disney Sorcerer’s Arena: Epic Alliances Base Set. Just like in the game, players (or summoners) call their heroes and villains into battle in a game of strategy that is ultimately about earning the most points by the time the last card is drawn. It’s a lot of fun, even if it takes a few rounds to really get the hang of it.

The initial launch also includes an optional add-on which we’ll get to later in this review. The base set comes with everything you need to play: a game board, acrylic figures, decks of character cards, and tokens that help you know where things stand. Oh yes, and instructions and reference cards that attempt to simplify gameplay, which are handy. 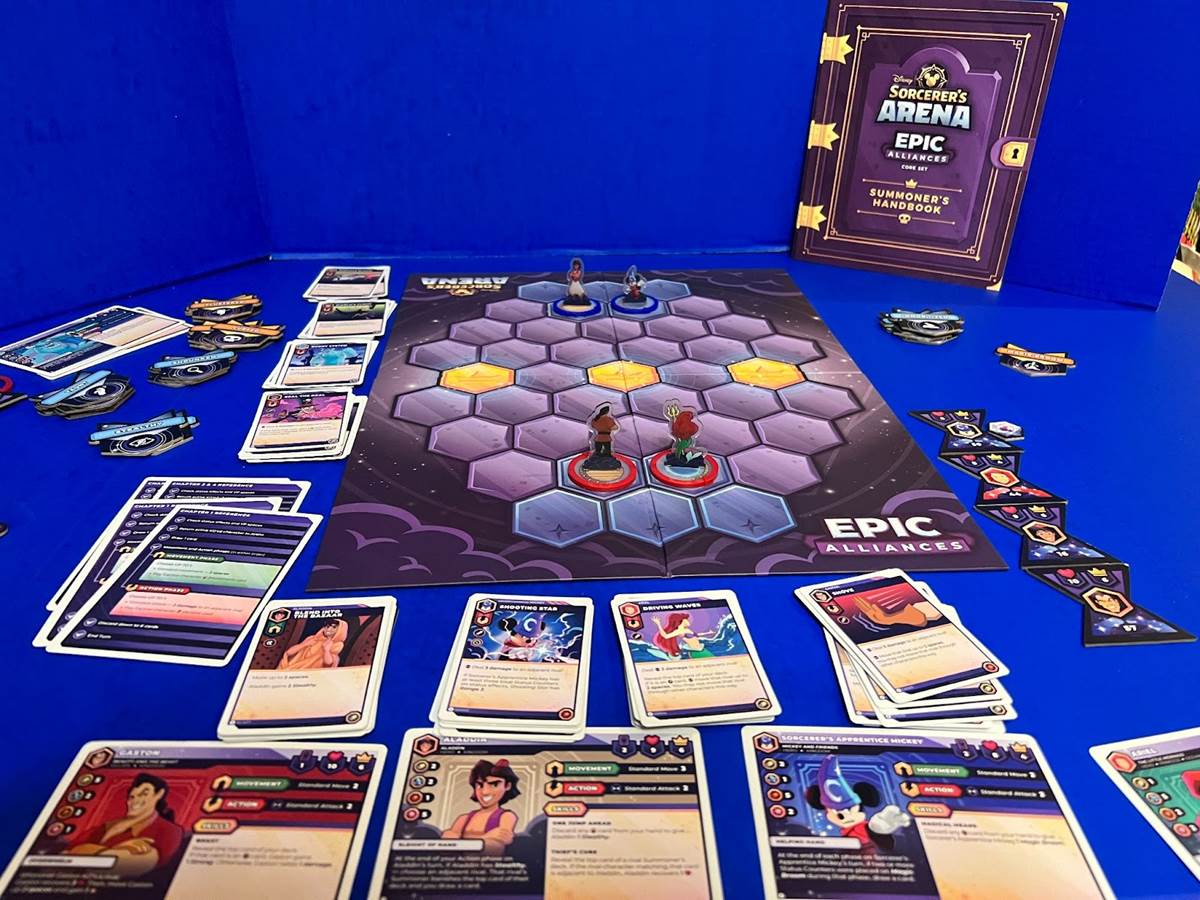 Breaking things down, the guide starts with a more simplified version of the game, called “Chapter 1”, which helps you learn how to play before adding more elements. It’s really a two-player game at this point, with each player controlling two characters from their team. With decks of cards unique to each character, gameplay moves back and forth through a sequence of moves and attacks until a player adds the last card of their deck to their hand, which heralds the final turn. . Points are tallied and a winner is declared, mostly earned by eliminating a rival, which puts them back on the board on their next turn. Chapter 2 adds another character to each team, along with a process for drafting them (they are pre-assigned in Chapter 1). It also adds a new rule that the game could end before the last card is drawn if a player reaches 20 victory points. From there, you add additional skills, abilities, and customizations in Chapters 3 and 4 until you really master the game. 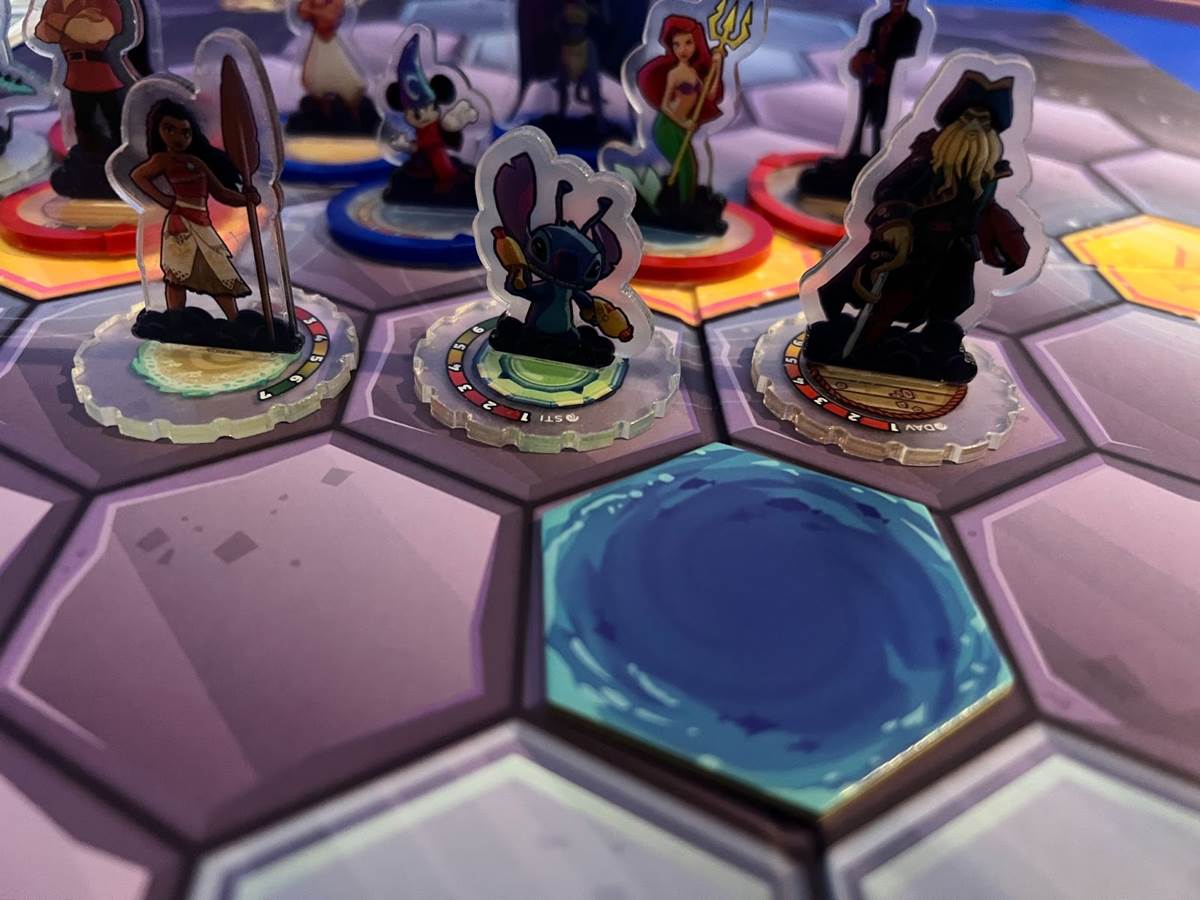 In addition to the three characters and their corresponding cards, the expansion also adds “Ocean Tiles”, which gives these aquatic characters extra movement when passing through them. Otherwise, they can be written as part of any chapter 2-4 style game.