Funko Games invites you to face the gangs of New York in The warriors: come play – an energetic, cooperative game where players navigate the New York City subway to their own territory of Coney Island and prove their innocence. Based on the 1979 cult classic, the game transports players to a dystopian world where gangs patrol the streets and serve their version of justice.

New York’s toughest and toughest gangs come together in a midnight summit when Cyrus, leader of the mighty Gramercy Riffs, is murdered! Everyone mistakenly thinks you Warriors are to blame, which means all the gangs in town are shooting at you as you try to get back home to Coney Island! In this rowdy, cooperative strategy game, you’ll have to watch from behind to navigate the dangerous streets and subways of New York City, dodge rival gangs, and maintain your reputation. Return to Coney Island and show the Gramercy Riffs that you’ve been tricked into proving the Warriors aren’t just good, they’re the best! Can you dig?

I had the chance to play The warriors: come play and, like the Funko games I’ve played before based on movies, they really make the most of the theme. The mechanics used really match the plot and style of the film.

They pack a lot into a small box and the rulebook is well structured and short. We had set up and read the rules in minutes and were ready to play. Each player has a hand of cards that gives them actions and weapons that they can use in various battles across the city. 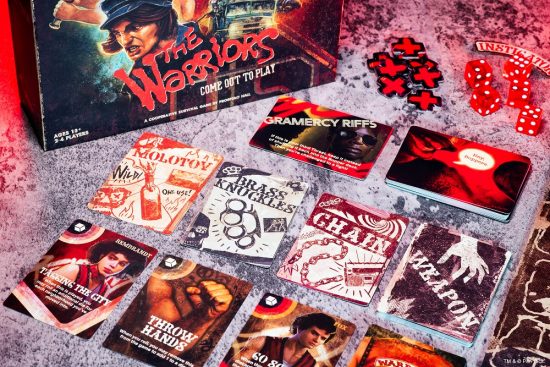 The game is played in two phases – Combat and Town. The fight phase allows you to draw a location tile and a gang tile so that each fight is a little different. You then use your cards to roll dice or play weapons to eliminate the rival gang by covering various spots on both tiles. The colored plastic figures you can see on the left of the board below represent the different gangs (including the Warriors) on a reputation track. If you face a gang that has a higher reputation, you need to cover more points. If you win, the defeated gang leader goes to the bottom of the reputation track and everyone else goes up. You can still run away from a fight, but you go down the reputation track if you do. 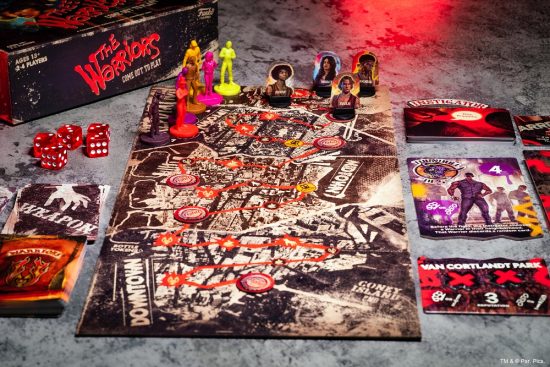 Although all players are on the same team, each individual can choose to travel together or go it alone – but watch your step, encounter rival gangs, and risk being challenged in combat. It was a nice way to portray the gang breaking up in the movie.

Each fight sees the cards you use go to a discard pile and only during the town phase do you have a chance to get cards for your deck. You move to different spaces on the city map to draw new cards from the War Deck and the Weapon Deck. You can rest to get all of your discarded cards back, but then you have to randomly remove one from play, which means your deck is slowly losing cards. Additionally, each of these actions sees you drawing from the Bopper Deck which includes Coast Is Clear cards or various Threat cards. Draw three threats and a new fight breaks out that empties your deck.

It’s this balance between your hand of cards and the reputation track that really makes the game. Do you rush from one neighborhood fight to another? You constantly want to get new cards, but then you have to draw from the Bopper Deck. Everything could be clear or you could be a little closer to a fight. 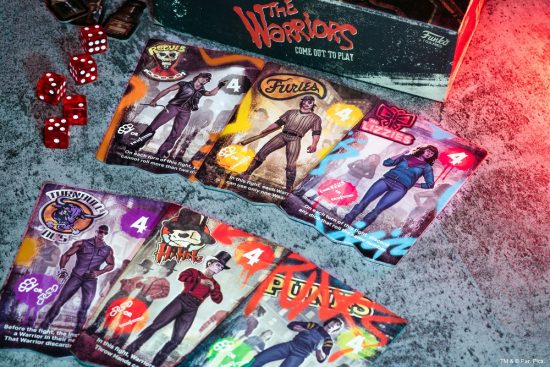 Once you get to Coney Island you then have a final fight and the lower you are on the reputation track the more kills you need.

It’s a delicious and dirty balancing act and I loved it.

The co-op aspect works so well, but you can split up like in the movie or a player can decide to run away from a fight without any input from anyone else, which saves your cards but lowers your reputation. Can you dig?

We only had a two-player game and managed to come back and be victorious, but there was a lot of talk about what we should be doing each round and how we could help each other. I really want to play it with a higher number of players. 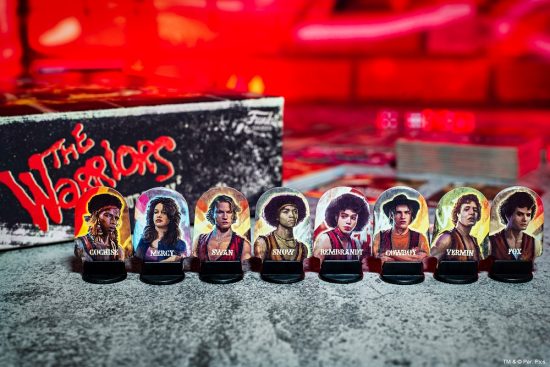 The look of the game is fantastic with the art style and location choices that really tie the game and the movie together. It really works so well to bring the Warriors to the table. While the game would still be fun if you hadn’t seen the movie, I think you’d get a lot more out of it if you had watched it.

If you’re a fan of the movie, the board game is definitely worth checking out.

Please support Live for Films (LFF) when you order using the link below. As an Amazon LFF Associate, you earn from qualifying purchases. If you’re using an ad blocker, you won’t see the link. 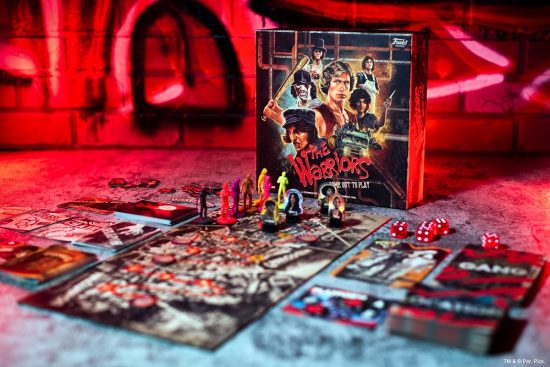