Your flashlight goes out as soon as you leave the path and enter the forest, leaving you in the dark. Each noise makes you jump as you use the torch repair technique method and smack it against your hand causing a strobe light effect through the trees. Your feet find every stick in the forest and your movement is accompanied by the constant thump and crunch of the undergrowth. You started your journey with friends, but you don’t know where they are now. It’s just you, and the massive monster of a human emerging from behind a tree in front of you. The tree should never have been able to hide them, and they seemed to appear out of nowhere. Maybe they’re there to help and as you raise your hand to wave, you notice the glint of metal as they raise a colossal blade into the air. Your torch lands with a bang on the ground, and without thinking about it, your legs are in motion and you run further into the darkness.

What is Don’t Look Back?

Do not look back is a tabletop horror miniatures game from Black Site Studios. Since its release, they have released many extensions and tools giving Do not look back a huge amount of storytelling options. In this article, we will take a look at the Do not look back Core Game, and we’ll see what’s in the box, the core rules, and what you might need to play. 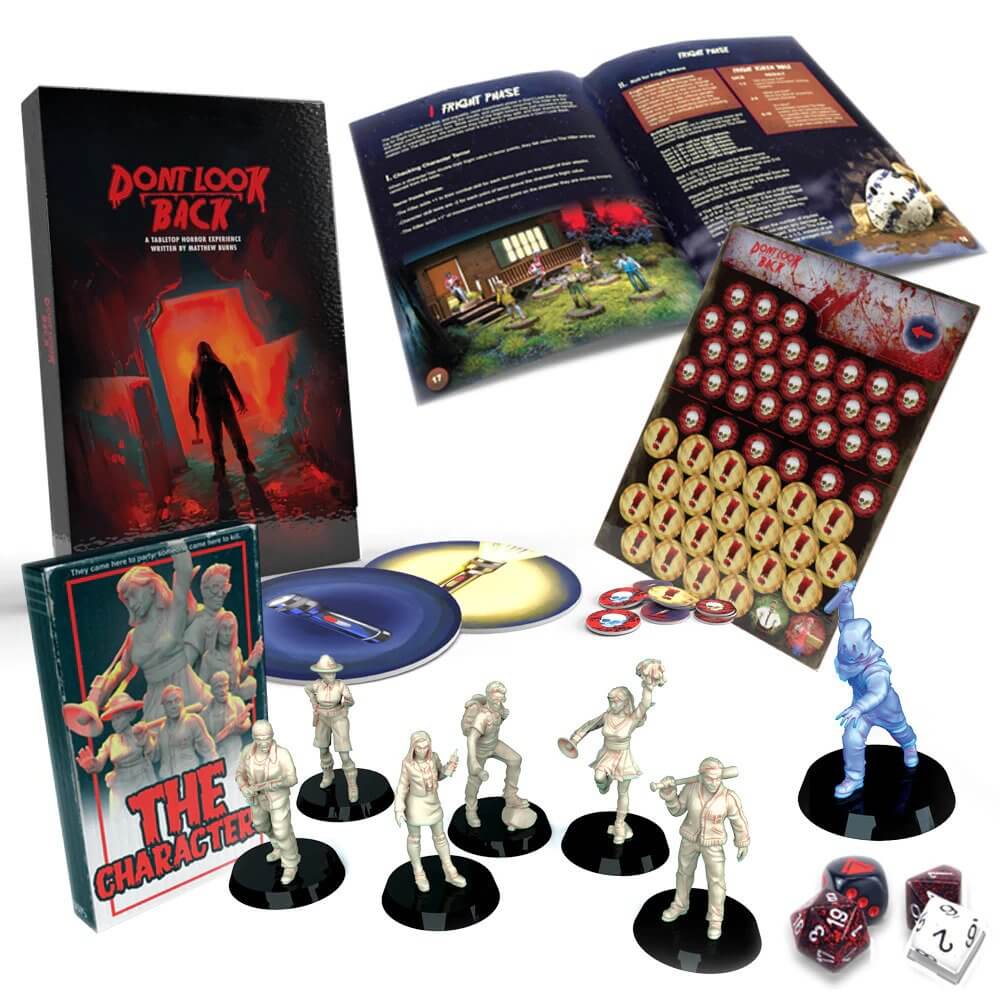 What do you get in the Don’t Look Back base game?

The Do not look back The base game contains: 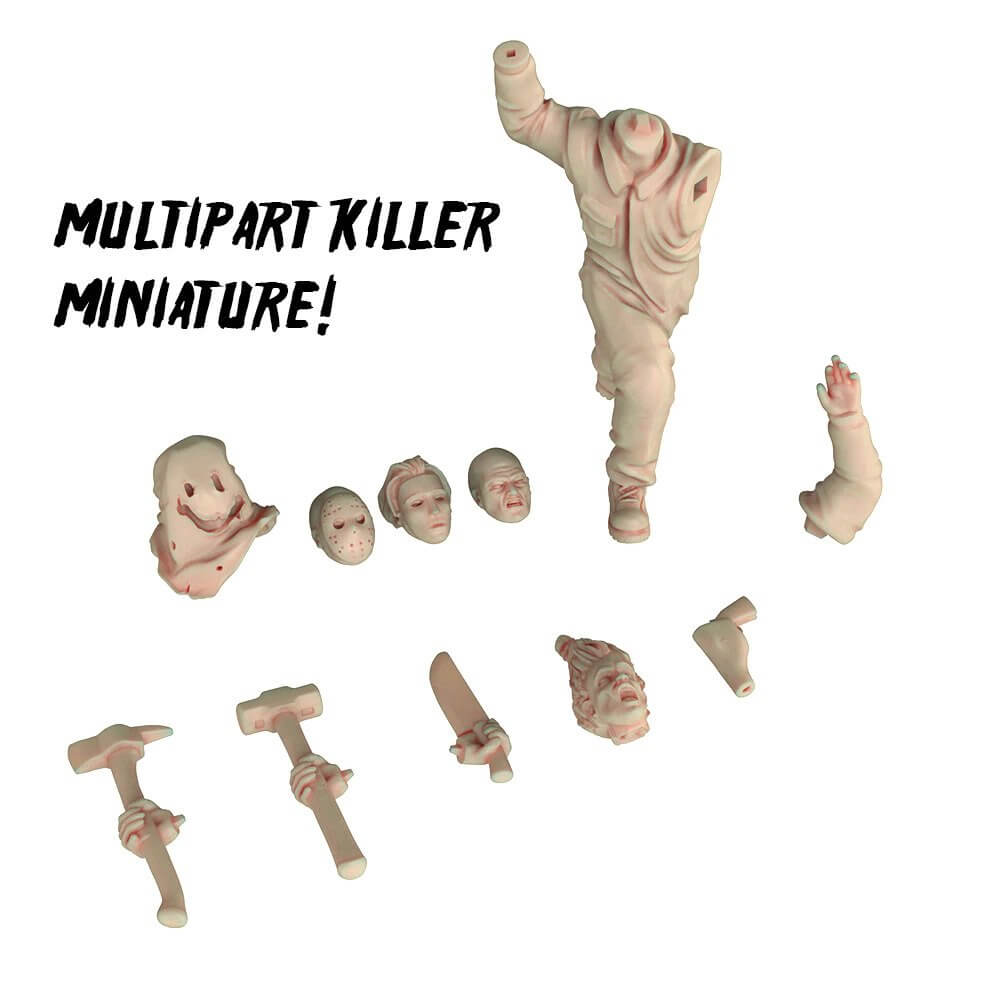 How does Don’t Look Back Play work?

The rules for Do not look back are incredibly simple and easy to learn. A single reading of the small rulebook is enough to start a game, referring to the tables and order of round events and researching the rules as needed. Most skill tests require a simple roll of a twenty-sided die under the stat being tested, for which characters only have a few. Killers are a bit more complicated and can be randomly generated each game, or created for specific scenarios or to recreate your favorite movies/comics/novels.

Each turn, fear tokens are generated to represent strange noises, shadows, and effects. The killer can spawn from battle tokens, or it can simply generate terror on nearby characters. Terror Points increase the movement and combat skills of the Slayer targeting that character, and also reduce a character’s rolls, making it more difficult to complete tasks. If a character has double the terror points compared to their fear value, they are removed from play and succumb to panic.

Players must complete the scenario objective while avoiding the killer and controlling their character’s terror points. Five scenarios are featured in the Core Rulebook, and more are available on the Black Site Studios website, produced by the community, and in game add-ons.

What else do I need to play Don’t Look Back?

The base game includes everything you need to play Do not look back, but games are best played with plenty of scenery and a playmat, which also help with storyline immersion. Any setting can be used, but the more it conforms to the scenario the better the game will be. which to investigate and attempt to hide.

Many other expansions, with different characters, killers, storylines, and gameplay options are available from Black Site Studios, and we’ll look at them in future reviews. 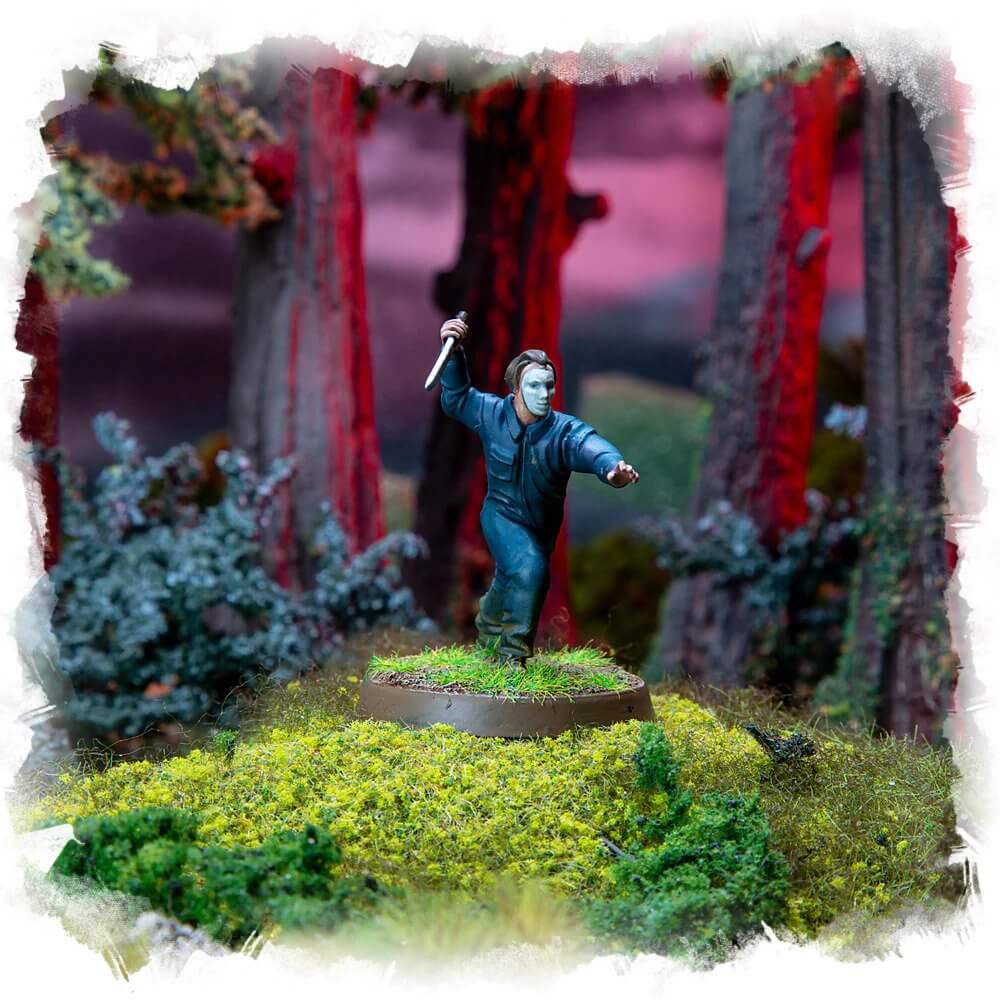 What are our final thoughts on the base game Don’t Look Back?

Do not look back is extremely thematic, perfectly capturing the horror/slasher concept. Some scenarios/killers can be played if all you’re looking to do is win, but if all players are interested in getting into the theme of the game then it’s a very enjoyable experience. He also plays extremely well solo. The multiple killer options provide a wide variety of play from the base game, but it would have been nice to have a paper mat and some scenery pieces to make it a complete set. Simple, easy-to-learn rules allow you to focus on the action and enjoy the experience.

Should I buy the game Don’t Look Back Core?

If you’re looking for a great single-player or co-op horror game, with a huge amount of expansion possibilities, then Do not look back is perfect. This will require some investment in decor, which may not be an option for some. If you want a game you can just win, without any thematic immersion, then there are other horror board games with specific win conditions. Don’t Look Back is a great horror/slasher experience that you can jump into and have a lot of fun exploring.

The Base game Don’t look back used to produce this article was provided by Modiphius Entertainment.