NBC Sports debuted “Football Night in America” ​​and “Sunday Night Football” with new logos and looks for the new season.

The network is also beginning to refer to the two shows as “FNIA” and “SNF” – similar to how ABC and ESPN referred to “Monday Night Football” as “MNF”.

“FNIA” is NBC’s Sunday night NFL game pregame show and began using that name in 2006, while “SNF” is the name used for the actual game. NBC has not officially renamed the shows, however, and full names and initials are used throughout the same shows.

The typography now uses a distinctive sans with notches removed from key points, usually where one stroke meets another.

It shares some similarities with the NBC font used to promote the 2022 Winter Olympics in Beijing, Zuume Cut Bold Italic (a non-italic version of the font is also used for NBC’s logo for MLB “Sunday Leadoff” games aired on Peacock).

See a gallery of this project…

The type’s sharp angles are complemented by both the triangular pattern in the background, a look that was introduced in February 2022 for NBC’s coverage of Super Bowl LVI.

The font used for NFL games, however, looks more refined and also has an extended-width version typically used for initials, while a more condensed typeface is used for the top line when the full name is spelled out. screen, probably a strategic move to help save space.

These spelled versions use the larger version for “in America” ​​and place a ruler above and below “in”.

Super Bowl LVI marked the start of a new look for NBC’s football coverage that has since expanded to more of its coverage.

Notches are also echoed in the four sets of double strokes placed above the initials “FNIA” or “SNF” and help frame the design while leaving room for the NBC peacock icon above and the logo. NFL below.

These elements bring in some of the metallic elements found in both the old and new look and could also be interpreted as forming a horizontal shape similar to a soccer ball or creating the suggestion of a vertical shape in the middle.

Overall, however, the new FNIA and SNF logos seem to be moving towards a much more streamlined appearance. The FNIA in particular ditches the highly metallic look with transformed serif typography that is similar to the designs used for NBC’s Olympic logos from 2010 to 2014.

A Look at the Evolution of NBC’s Olympic Logos: Updated for 2022

The new “Sunday Night Football” logo is also a significant departure from what was used, becoming much cleaner. 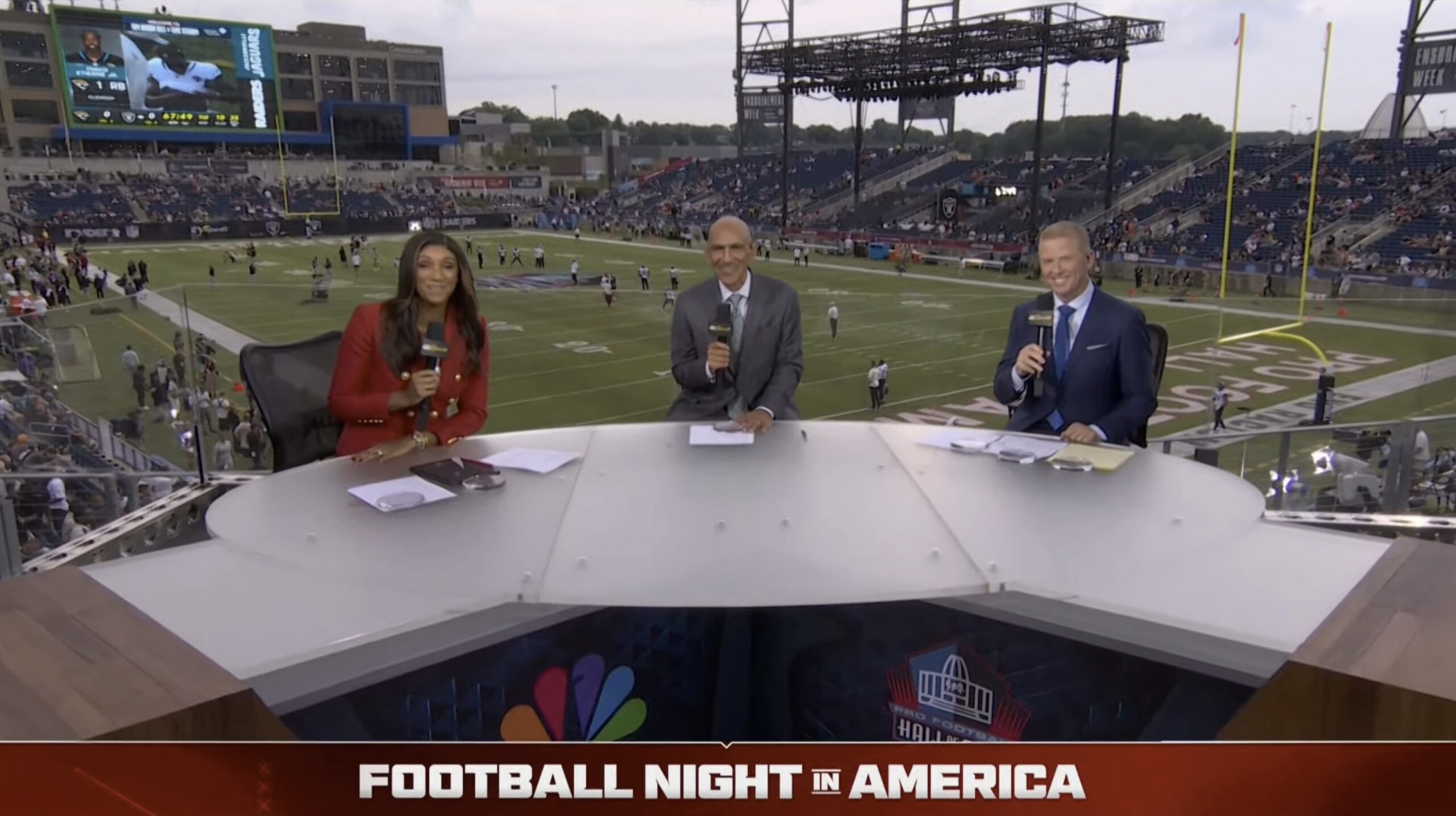 The notched look continues with a full-width branded banner that can be inserted at the bottom of the screen. It has a small notch in the center that suggests a downward pointing arrow, drawing the eye to the center of the logotype below, which usually transitions to completely wide typography.

This banner is similar to ones NBC often uses during special media coverage.