Unlike animation, video games are largely a disposable medium. Games once hailed as breakthrough, era-defining titles upon release often become antiquated and clunky in just under a decade. And so we see a plethora of remakes and remasters across the industry, giving fans a chance to rediscover the games they love in a quality that meets modern expectations. Even for more mechanically reserved franchises like the Pokemon series, remakes aren’t just commonplace – they’re necessary. As a fan myself, I’m happy to say that the Pokemon the remakes have a generally positive review. Red fire and Leaf Green, Gold heart and soul money – even without doubt Omega Ruby and Alpha sapphire. These are all, in my opinion, the definitive ways to experience each respective installment of the Pokemon world they present. With that in mind, I was understandably excited to brilliant diamond and shiny pearl. They were advertised as ostensibly “faithful” remakes, which gave me some hope that they might avoid some of the missteps that Omega Ruby and Alpha sapphire do.

It is the same brilliant diamond and shiny pearl maintain this esteemed quality of Pokemon remakes? Not at all. Not only studio CIPEA making the blunders I knew to expect, they failed the show in ways I never could have predicted. Unlike all the other remakes of the franchise, this one is an objectively less complete experience than the original version of the games. As a fan, it pains me to see an entry in one of my favorite franchises fall to such low levels. But what exactly are the decisions that brought us here?

The visual department is where I have perhaps the most good things to say about BDSP. The overworld toy box at the 2019 Link’s Awakening is a great way to evoke the 3.5D style of the original game while updating it to contemporary standards of visual fidelity. As a further bonus, there are also notable updates to the 3D models and animations of the Pokemon we see during battle. These can be as subtle as the way certain Pokemon flap their wings or hover or stand on the ground, or even how they idle; anyway, I found it much improved compared to what I saw in Sword and Shield. That being said, I think this visual style would benefit from a clearer art direction than just dropping the models into the world without any noticeable visual flair. During cutscenes and moments when the camera closes in, this overworld aesthetic void feels unnatural and forced, creating a kind of dissonance in times when on-screen attention is meant to be at its peak.

Probably the biggest leap the new game has taken is in the updated next mechanic. This achievement should in no way be underestimated. Every Pokemon obtainable in brilliant diamond and shiny pearl has unique walking, running, and idle animations in the overworld, and a course at different speeds. Some can keep up with you on a bike while others struggle to keep up with a jog. This feature isn’t closed to arbitrary DLC areas and feels executed with care for the essence of each Pokémon involved. Despite all the reviews I’m about to throw at this game, I’m really impressed with CIPEA for making this possible and I really want this to continue in future titles. 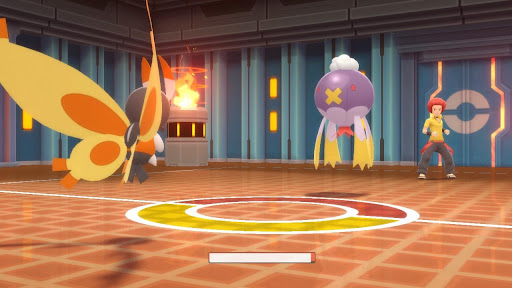 But that’s about all I can say about BDSPon behalf of. I want to get into my biggest personal gripe with these remakes: the soundtrack. Something that has always impressed me about top-down JRPGs is their ability to evoke intense emotions with extremely limited tools. Without the use of voice acting or real facial expressions in cutscenes, titles like Earthbound, the trigger of a stopwatch, and grandia evoke feelings in me that most games could never hope for. I think the music has a lot to do with it. It’s the main tool – besides writing – that descendant JRPGs have to convey to players what a moment really looks like. The music is even more important in a series like Pokemon where the writing and dialogue arguably play second fiddle to the soundtrack in any given scene. Enter Eterna Forest. Exit the caves of Mont Coronet to take the snowy road 216. Challenge Cynthia for the first time. Receive the Pokédex from Professor Rowan. These are all memorable moments in the original, and they looked like this.

Pass Pokemon the remakes have aimed to capture the essence of those moments without literally copying and pasting them into an updated machine. The theme of the national park in Gold heart and soul money, “Vs. Steven” in Omega Ruby and Alpha sapphire, and the Champion of Red fire and Leaf Green are all phenomenal examples. BDSP, however, it plays as if each song had its parts lifted into a MIDI intended to orchestrate the soundtrack that was broken up and left alone from that point on. The real sin is not so much the new soundtrack which is disappointing as the Original Sound Track being actively tarnished in this game.

Like Gold heart and soul money, BDSP gives players access to a key item that unlocks the Original Sound Track for their listening pleasure. When I found out this feature was back, I was immediately thrilled to play the game and win it. Once I figured it out, my joy quickly turned to disgust when I realized they had artificially altered the Original Sound Track giving it a slight graininess and removing bass in order to mimic the low-fidelity DS speakers it was originally played on. There’s a reason this kind of change hasn’t been made to Gold and Silverfrom the soundtrack of the Gen II remakes. In my eyes, CIPEA basically spat in the face of Go Ichinosethe original score. They completely groped the look of diamond and pearl that I was most looking forward to living again. 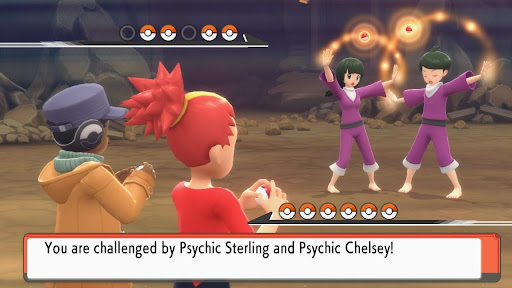 In terms of gameplay, there are actually some nice improvements, but I feel like with every step forward, CIPEA took two steps back. Probably the most revolutionary feature is the next mechanism mentioned above that I covered at the beginning of this review. I’m going to start my spats with the Pokétch. Instead of putting any real effort into updating its mechanics for the modern Switch layout, it’s simply been removed from the lower DS screen and dropped into the upper right corner of the new console. A single button on the Switch has been assigned to Pokétch, allowing players to scroll through apps in one direction and hide it from the screen (which I did for most of my playthrough). At best, it seems mechanically poorly planned. When players cannot use the touchscreen, they must scroll it with the joystick at a slow, non-adjustable speed.

Super Contests have been completely gutted as secondary content, inadvertently negating the purpose of Poffin’s creation minigames. Attention, the poffins are always effective; super contests are just not fun. The original consisted of three stages – visual, dancing and acting – which used the appeal of Pokemon and the creation of poffins to create a strategic competition in which Pokémon used their moves for all-new purposes and effects, essentially creating a reimagined Pokémon battle type. All of that was ditched and replaced with a two-minute rhythm game, leaving us with a mere shadow of what the Super Contests once were.

Similarly gutted is the Grand Underground. Despite notable improvements to Pokémon Underground Dens, players can no longer set traps, play games, or decorate their hideouts outside of gray statues used to alter the chances of encountering certain types of Pokémon. Both of these experiences – staples of Sinnoh-era games – have been severely degraded from their original form. Similarly, the way in which this difficulty was handled in Pokemon is something I’ve had a growing problem with for some time now, but BDSP takes the cake: the new party-wide experience sharing system is impossible to turn off, and the affection system that effectively makes Pokémon unkillable is still in place. I’ve compensated for this by training Pokemon outside of the six in my party and giving them things that make them dislike me just to make their levels and friendship artificially low, but it doesn’t feel good to have to change my way of playing. dramatically just to mitigate the fallout of an option being taken away from me.

The rest of my complaints are that none of the gameplay features that Platinum brought to the Sinnoh region were transported to BDSP. I want to preface this segment by dispelling the argument that these remakes don’t use these features because they have diamond and pearl on the box – no Platinum. This is a strange point to raise. In both Omega Ruby and Gold heart– era remakes, features of tertiary versions of the originals – emerald and Crystal – were included as they enhanced current gameplay. It doesn’t make sense that those who are missing here in BDSP. The types of inclusions I’m looking for include Platinum more fleshed out postgame (the endlessly enjoyable Battle Frontier) or the additional accessible Pokémon that added more variety to team comps and trainer battles (I was still mostly fighting Geodudes and Golbats more than halfway through the game). Content of the story of Platinum, like the character of Looker or the events that fleshed out Cyrus and Team Plasma, were also cut. Frankly, these decisions make no sense. They actively robbed the game of what it could have been. 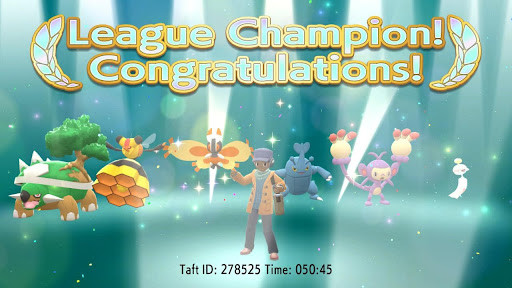 This game is bad. It’s a poor excuse for a remake and a transparent bet for the wallets of diehard fans like me. Even reviewing missteps like its incompatibility with Pokémon Home when it first released or the fact that the game came out in incomplete form to be fixed by a day one patch that some players will never see, it’s easy to to say this game is hugely disappointing as a remake that I’ve spent the better part of a decade waiting for. I remember the day I transferred my Pokémon from Omega Ruby at Sun. I remember noticing how much I enjoyed it and how I couldn’t wait for them to redo diamond following. Now that they did, I wish I had never played it at all.