Stray is a video game that just launched on July 19 this year and it’s a game where you literally play as a cat. It is a linear third-person platform, puzzle, and adventure game set in a post-apocalyptic world where humans do not exist and humans inhabit underground cities. Stray was developed by BlueTwelve Studio and published by Annapurna Interactive. It’s a relatively short game that is beautifully designed and will surprise you. His story develops as the game progresses and you get clues about the end of mankind as you go.

Immerse yourself in this game

When I heard about Stray – mostly from the Gameranx YouTube channel – I knew I had to buy it. I have four cats and the cat in this game is absolutely adorable. Full disclosure, you play as a totally normal cat. With the exception of the fact that you earn a small backpack at the start of the game where a small robot called B-12 floats with you, you are an ordinary cat. Which means you’re doing normal cat things. You use your expert athleticism to traverse the many pipes, ledges, and more this world has to offer. You also scratch carpets, walls, wires, and anything you can sink your claws into.

Apart from being incredibly adorable, this cat really develops strong attachments with the robots of the world. It’s absolutely endearing to see the interactions between our main hero and the robots. Sure, you’re sitting there thinking there’s a lot of responsibility placed on the shoulders of a simple cat, but hey, who am I to argue about the realism/unrealism of this game?

Stray is incredibly beautifully designed. If I had one complaint about the game, it might be because I’ve played games like GTA V and Red Dead Redemption II; but i really wish this game was open world. It’s so beautiful and there’s so much to explore in such small areas. I loved being able to jump around, interact with other robots, and see what the world had to offer. I loved that there was so much potential to interact with others and the world was incredibly alive. The developers gave us a really fun world to play in and I never got bored. 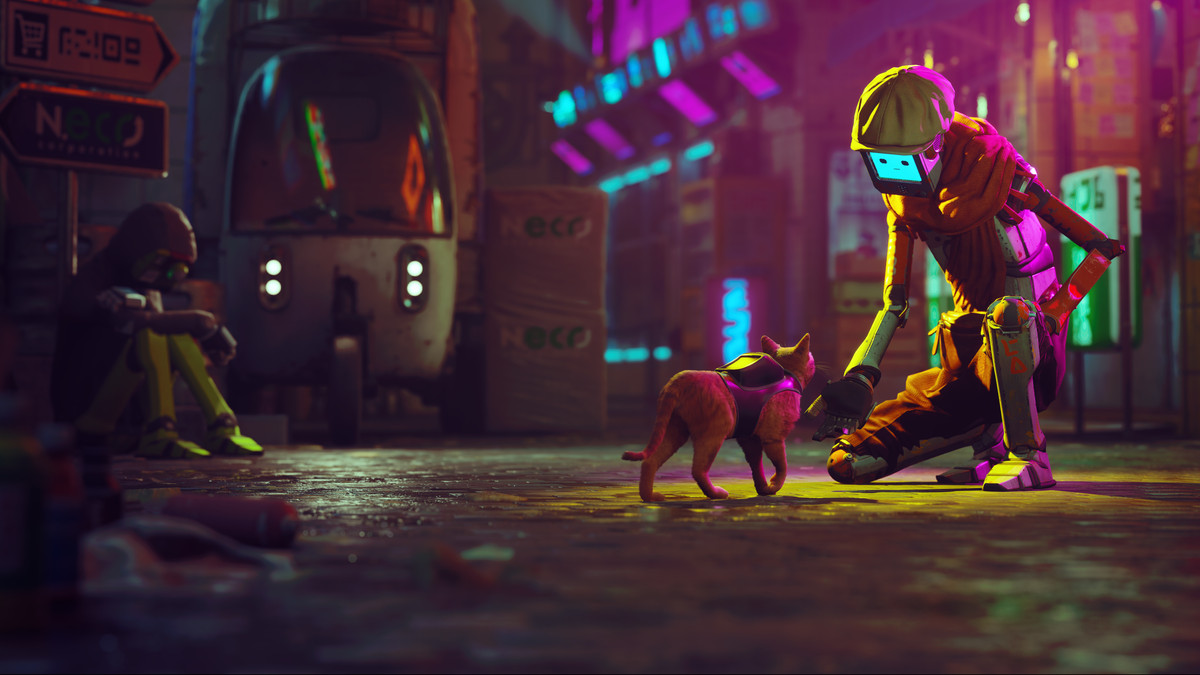 As cute as Stray is, there were some really intense and scary moments. There were many difficult missions that I had to do repeatedly and I felt immense relief when I was finally able to pass certain levels. I’m sure there are expert gamers constantly playing and playing different types of games; would consider this game to be low-stress and simply click-and-play. However, for me; there were difficult times. That I really enjoyed – because it added more to the game. And as cute as the game is, you’re really exposed to how humanity has ruined itself and the ugliness that can result from greed . Every inch of this game felt alive, and the detail everywhere you looked was pleasing.

I really hope that this game will be developed or even a sequel. I didn’t want to stop playing as the little feline companion and will definitely be playing it again to really explore all the collectibles there is to be. Stray is available on PC, PS4 and PS5 – it’s worth it! I promise you!