Villordsuch is testing Yars: Recharged on the Nintendo Switch…

Yars Revenge is a true Atari classic. It’s up there on the honor play pedestals of “The Best.” Arrived in 1982 from the legendary although cruelly sometimes labeled as the infamous Howard Scott Warshaw. Bring Yar and their purpose, to destroy the evil Qotile via perseverance and mighty Zorlon Cannon! It was amazing. It was a bit psychedelic and it’s now forty years old.

Anyway, here we are and Atari with Adamvision Studios and SneakyBox have released, on many different platforms, Yars: reloaded, remastered, reimagined and released worldwide! This with the musical talents once again of Megan McDuffee, who was nothing short of fantastic on Gravitar: RechargedYar brings his little private warfare into the 21st century.

The first thing to note is that Yar is always serious with anything that appears in front of him. They are like a space wasp. You face it all now with the power of a twin-stick shooter and, of course, the Zorlon cannon. Gone is the old tug and nibble move – now you put your two thumbs, all your senses and your poor yellowing brain into overdrive, because there’s no respite here as this little insect is on a mission to wipe out all the evil who challenged the freedom of others…that and anyone who even thinks of spilling the pint of Yars.

If you’re new to dual-stick shooters and a bit apprehensive about getting into Yars: reloaded, don’t worry because you are kindly given a level or two to warm up. Although in all honesty, I seriously found this to be the easiest twin-stick shooter to learn about. Yes, it can sometimes become bullet or laser hell, but those levels are rare. I found Yars: reloaded more of a game of strategy mastery – in Arcade mode – to get the guns out quickly, rather than repeatedly panicking and exploding. 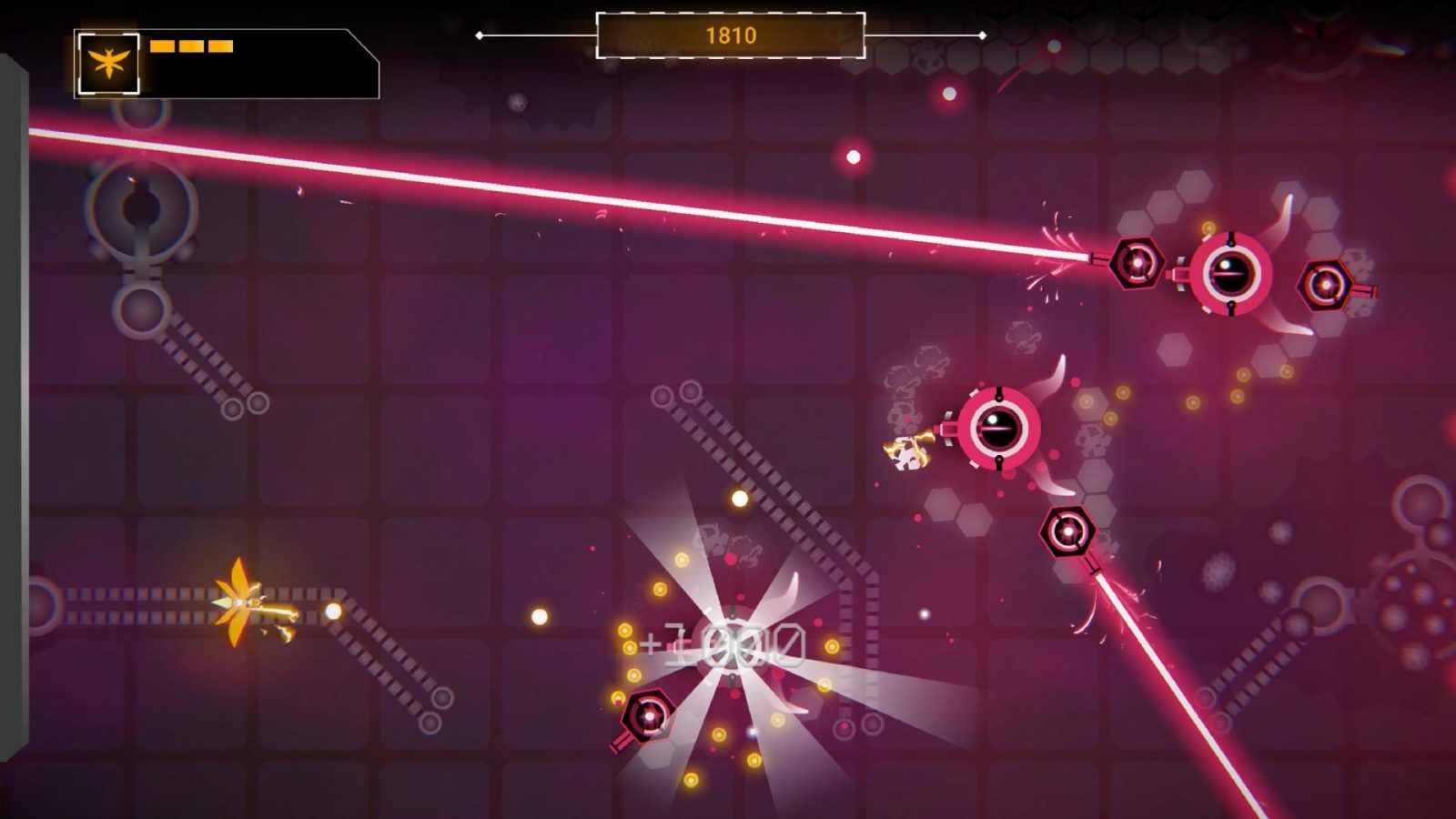 This latest reloaded version is much nicer than the previous one, and you’ll soon be racking up in-game achievements without even knowing you’re doing it. Yes, you can make the game a bit harder with the “bonuses” in Arcade mode, but going through them only really speeds up the game and/or brings you a lot closer to the action. So if you are concerned about Yars: reloaded being a two-stick shooter, don’t be. You’ll switch it in seconds to Arcade mode.

Where the difficulty increases however, is in the “mission mode”. Everything changes here. Initially, you will start out with a false sense of security, believing that “these missions are easy!” then you’ll fly straight to the “Mission Air Sea Battle” and suddenly realize that the gloves are indeed off now. A constant barrage of slow-moving missiles slides at a chilling pace across the screen and you do your best to dodge, collect power pellets for you Zorlon Cannon, all while trying not to die.

This is where things get incredibly difficult. You’re really tested and they just keep going from there, you’re really working for your points. I’m currently stuck on the “Tower of Terror” mission and my own family members have been asking, “Are you okay? when I physically scream in pure frustration at the level. There is no room for mistakes and unfortunately I make too many of them. 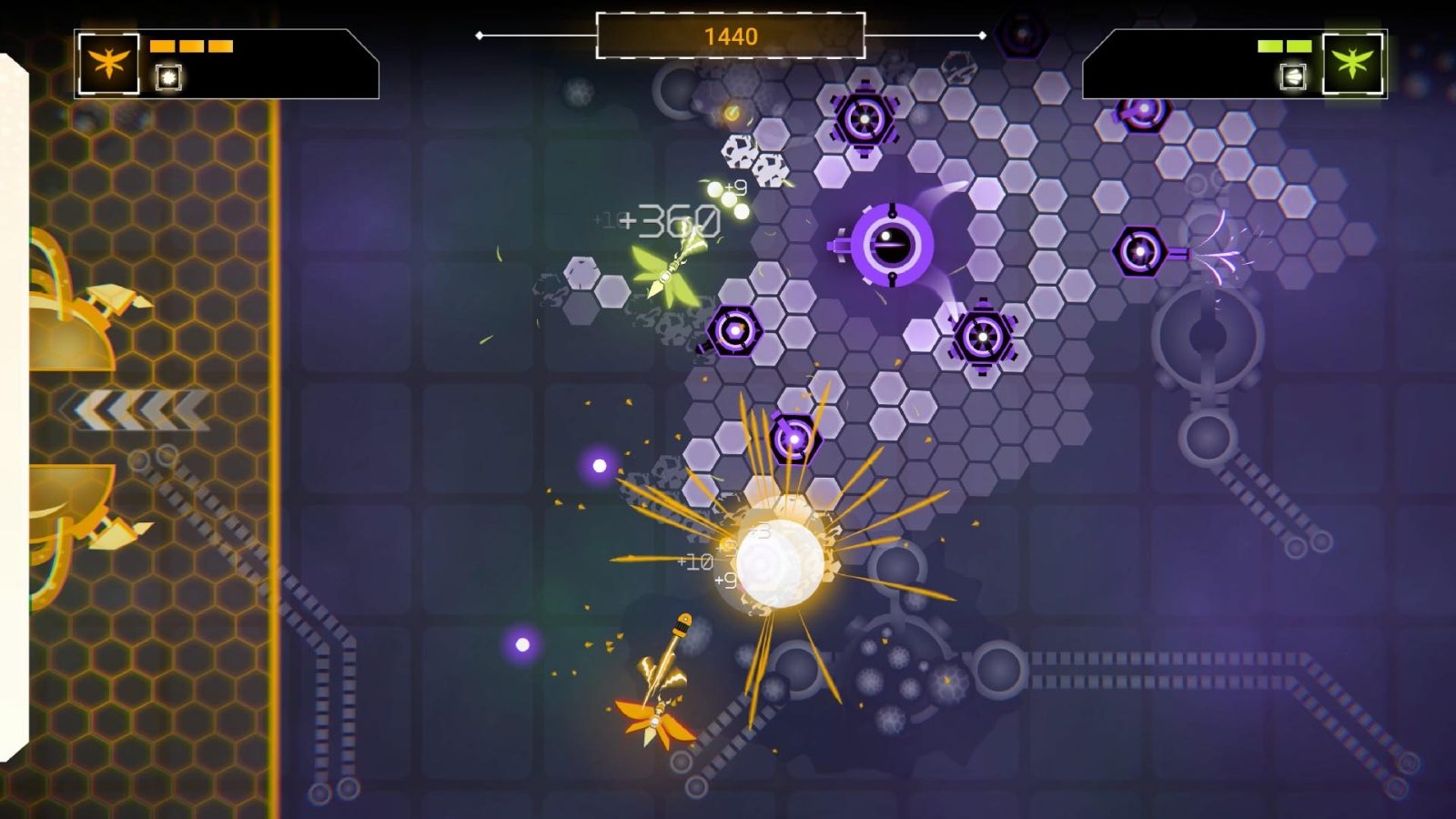 There is a multiplayer aspect to Yars: reloaded, but it’s local multiplayer only and since I don’t have any physical friends and don’t have another controller to mess around the house with, I could only imagine the fun I’d have. It would be fantastic if there was an active server for solo players like me, but no.

However, this latest release from Atari is not without its issues and the biggest one is the music. It’s not bad music at all; on the title screen you can hear him playing, lots of nightmarish bug-like doo-woo’s, alien horror themes from the 1950s. However, when the game plays, well…he goes sort of, then he can come back and play quietly for a while before he leaves again. At first I thought it was me and not the game. Checking the audio settings I couldn’t see anything that would indicate what I was going through. The music would be great playing at such frenetic levels at one point, and the next day I listen to Yar put his cannon on the screen, hoping to catch a few stray bars from McDuffee’s keyboard.

We also have things like the time bonus, which you have no way to achieve in some missions. Like the aforementioned “Tower of Terror”, we have no indication of the time limit for the map, but traversing the opening part of the level takes a ridiculous amount of bullets. I’m not a big finalist, but these things are kind of important. Also, in Arcade mode, once your three lives are over, you’re dead and you have to start over from the beginning. Having been brought up in the dark days, this is common practice for me, but I also want to continue. Maybe in their next release in the “Bonus” section they would consider something like “Score -10% for level checkpoints”, or something similar? 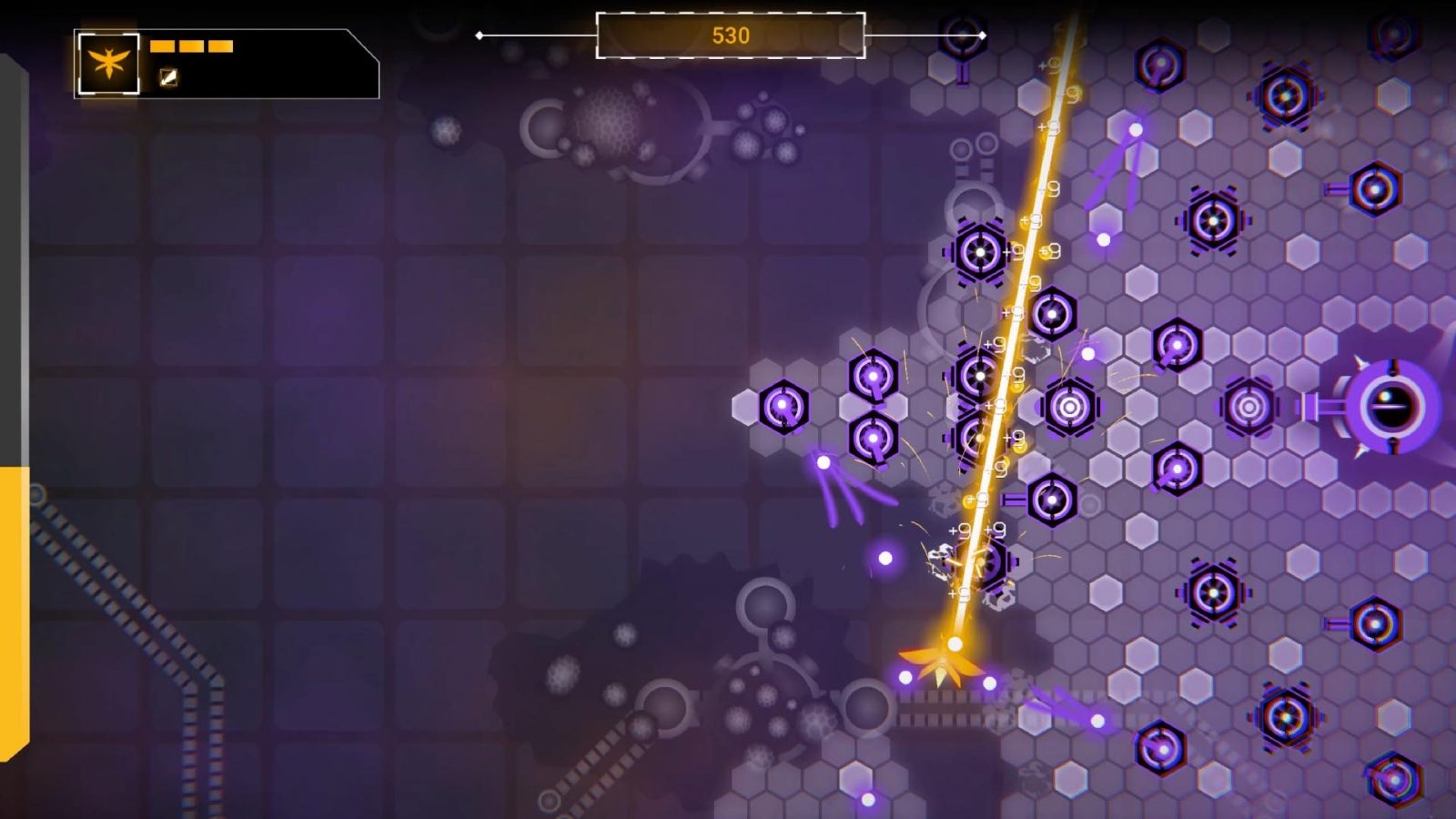 Also, as I mentioned in my Gravitar: Recharged review, I wish Atari had crammed the original game into this version as well. Imagine a loving random Johnny Whippersnapper Yars: reloaded and wonder where it all came from, then give the original a read. I honestly think Atari is missing out on introducing a few new people to its classic catalog here. Please consider this for future Atari Recharged releases.

Yars: reloaded is fantastically reimagined here in this twin-stick shooter universe. Updated graphics, as with Gravitar: Recharged, are perfect for this version. I couldn’t have wanted the game to look any different, even if I tried to describe it to the team involved. However, what makes me lose points is the overuse of Megan McDuffee’s music. The music sets the mood and if turned off randomly and then quietly reintroduced on odd occasions, it breaks the feel of it all. Hopefully this will be fixed soon and Yar will blast the bad guys with some cool vibes. In addition to the lack of online multiplayer and weird mission requirements, Yars is borderline perfect, but it’s just not quite there.

The inconvenients
– The music must be studied. We need it fixed.
– It would be great to give us online multiplayer action, not just local
– Not original Yars: Revenge hidden so we can play

Yars: Recharged is now available for all current-gen machines. This review was conducted on the Nintendo Switch.